We’re pretty passionate about adventure. In fact, WaiverSign was originally conceived to help Western River Expeditions and Moab Adventure Center provide a better guest experience to travelers looking for adventure on the water or in the desert.

That’s why we were so elated to hear that our digital waiver system was helping Chalo Africa offer once-in-a-lifetime experiences to guests eager to experience the beauty of Africa. It’s the kind of success story that just begs to be shared, so we’re putting it here where everyone can see.

For such an adventurous endeavor, Chalo Africa has some pretty humble beginnings.

It all started with an exciting road trip back in 2012. While family members and future co-founders Smita Srivastava, Sangeeta Prasad, and Tanvi Srivastava were “losing ourselves on unknown roads,” they were having the time of their lives. Amidst all the fun and laughter, an idea was formed: “We loved spending time with each other,” recalls Tanvi, “So why not work together?”

The decision was made quickly, and unanimously. But what kind of business needs a zoologist (Smita), a multi-lingual interpreter (Sangeeta), and a recently graduated design and technology expert (Tanvi)? As it turns out, finding common ground was easier than you might expect.

“We had complementary skills,” states Tanvi, and indeed they did. Smita and Sangeeta both brought ample wisdom from their own fields—the former had been teaching for several decades, and the latter had been visiting Africa for years. Tanvi, meanwhile, brought her tech skills to the table—something they would definitely need to run a business in the digital age.

They decided to focus on things that really mattered to them. “We had a passion for wildlife, travel, and the continent of Africa,” says Tanvi. So they decided to share those passions with the world. There was only one hitch...

“I'd like to say we had some grand plan before we started Chalo Africa,” admits Tanvi. “But the truth is that we fell headlong into it, knowing very little about the travel industry.”

It didn’t keep them from pursuing their passion. They founded the business and began offering their one-of-a-kind experiences to international travelers, their knowledge-base growing as business boomed and their team grew. “When Malvika joined us a few years later with actual experience in the tourism sector, it was quite a relief!” Tanvi says.

It also helped that Sangeeta had been laying the groundwork for the business for years with her regular treks across the vast continent.

“Sangeeta, who happens to be my aunt, was spending all of her time and most of her income on planning African safaris,” Tanvi explains. “My uncle, somewhat exasperated, suggested that she might as well take this up as a full-time vocation, little realizing how seriously his words would be taken.”

So how are they doing now?

“The stars somehow aligned,” Tanvi says, “And we have created a successful brand that focuses exclusively on African safaris and expeditions. Here we are, almost a decade later, battling COVID with our spirits high, knowing that we are strong together and we will come out on the other side with more ground to cover, more experiences to gain.” 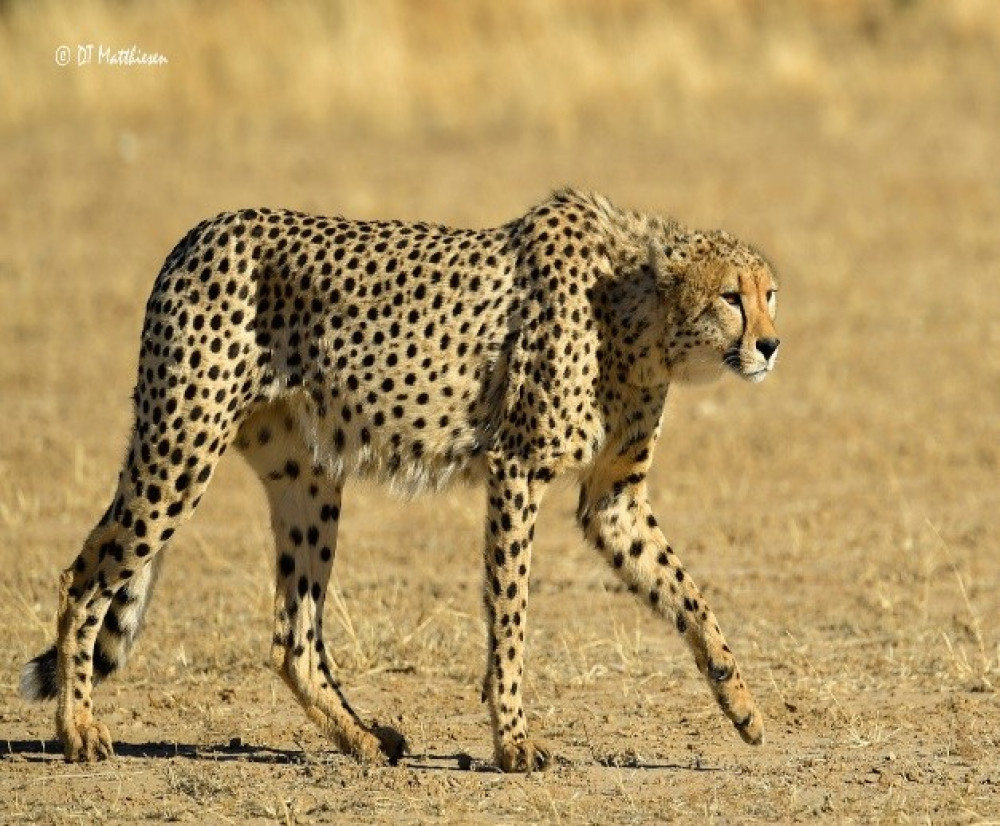 How They Do It

Chalo Africa’s story isn’t just inspiring because of how they got started. In fact, the most impressive part is how they continue to forge onward every day in spite of serious challenges.

So, how do they keep the ship afloat amid adversity? “To be honest, when we started out, it was not easy,” Tanvi says. “We didn't have any external funding.” That hasn’t stopped them. They just rolled up their sleeves and went to work “[creating] a travel brand through our own sweat and determination.”

Today, they continue to provide amazing experiences to all of their guests. “We are an intimate family-run organisation and we like to treat our guests as though they are a part of our family,” says Tanvi. “We know that an African safari is an experience of a lifetime for many of our guests, and hence every interaction with a member of our team represents a future memory, something that needs to be cherished.”

In the past eight years, the team at Chalo Africa has applied hard work and tenacity and has accomplished a great deal as a result. But that’s not the only reason they stand out. In fact, there’s quite a bit that makes Chalo Africa a unique tour operator, even among African safaris.

Here’s what Tanvi has to say:

“We specialise in near-impossible expeditions to the remotest parts of Africa: from the deserts of Ennedi in Chad to the interiors of Gabon. These expeditions are difficult to organize with little to no tourism infrastructure. We therefore consider ourselves pioneers in bringing a connection between such pristine wilderness and our guests, hoping that with tourism, conservation to such regions will flourish.”

Tanvi, Smita, Sangeeta, and the rest of the team at Chalo Africa are doing more than pioneering exotic safaris. They’re also championing conservation efforts, supporting local African businesses, and they’re leading by example when it comes to employment for women.

“Being a business staffed entirely by women,” Tanvi says, “we appreciate the dual lives that women lead: as homemakers and mothers, but also as talented women with skills to showcase to the world. We offer flexible hours, extended maternity leave policies, and love it when a baby pops up on a video call during our team meetings!”

At its core though, the company is a family operation, one that thrives on the close connections they all share.

“Working together as a family also has its challenges but an innumerable number of advantages. It's a lovely way to bond across time zones and territories.”

So how does WaiverSign fit into all of this? Well, we answered a very critical need. Tanvi explains:

“Prior to discovering WaiverSign, we at Chalo Africa struggled with ensuring all our guests had signed our Terms & Conditions and Waivers. We received an innumerable number of documents in various formats: hard copies, soft copies, PDFs, JPGs, and even email attachments.

“It had become very difficult to consolidate and keep track of all our guest documentation, and guests too found it very cumbersome to go through our documentation. WaiverSign was the online waiver solution to solve this.

“We now send one link to our guests and we are done! Guests can easily put their signatures to the documents online, we get immediate updates as to who has signed the documents, and tools like IP tracking ensures that everything is secure.”

Chalo Africa finds the same value in the digital waiver process that we did from the very beginning: a smoother customer experience, and thus, much happier guests.

“There is definitely an uptick in ease of use,” Tanvi says. “This best part of the digital waiver signing process is the fact that we have had no complaints from our guests! It has made the lives of our guests simpler, and in turn, made our lives much simpler.

“Also, due to the turmoil COVID has caused, we have had to constantly update our Terms & Conditions as well. WaiverSign makes it easy to update T&Cs without updating complicated PDFs.”

When we asked her what she and her team liked best about the service, Tanvi had this to say:

“What we love about WaiverSign is the ability to combine different documents into a single link. Guests can sign each document separately which ensures legal validity, but the format itself is so straightforward that everyone loves it. We also love the fact that guardians can sign on behalf of children in a very easy manner.”

Looking Forward to the Future

Legal documents like waivers and terms and conditions are an integral part of the business for those in the travel and tourism industry. Most couldn’t survive without them. But the burdens and frustrations that come with paper waivers are just about the worst part of the job. They slow processes, irritate guests and staff alike, and ultimately, present a significant bottleneck when trying to scale the business.

At WaiverSign, we feel very lucky to be part of the global tourism community, and nothing makes us happier than getting to work with brands like Chalo Africa (and maybe make life just a little easier for them).

Just as Tanvi’s team will certainly be pressing forward toward new adventures and new opportunities, we’ll be here, doing our best to make life as easy as it should be, for them and businesses like them. 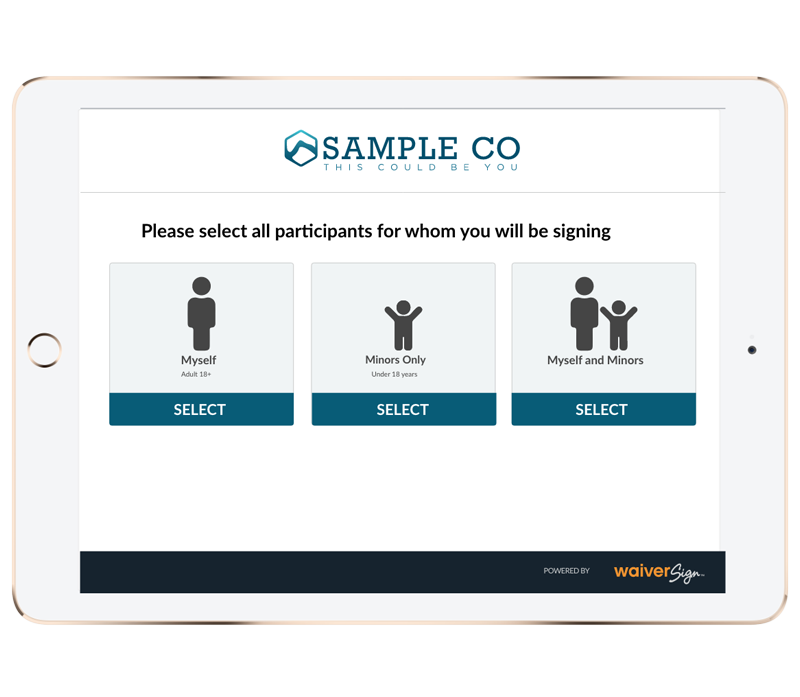 Stephen is the Content Manager and SEO Specialist at RESMARK. He's a husband and father of four, a consummate writer, and a fan of puns and dad jokes. In his spare time, he plots world domination and plays video games.
*All information is accurate as of October 2020. 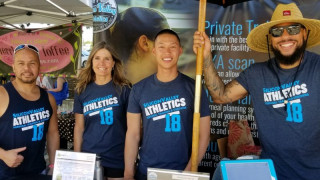 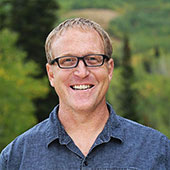 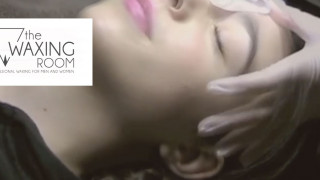 Esthetician Consent Form Gets a Makeover 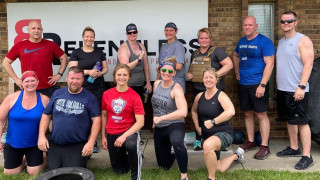 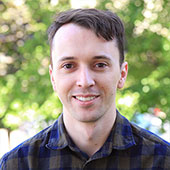 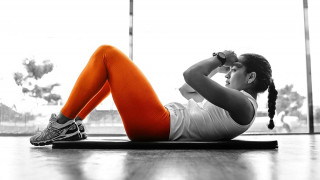 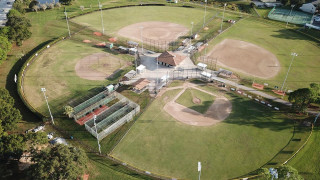 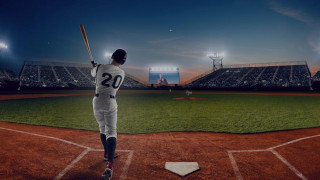 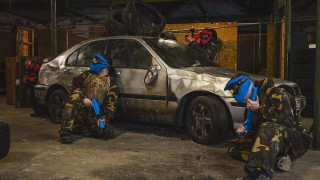